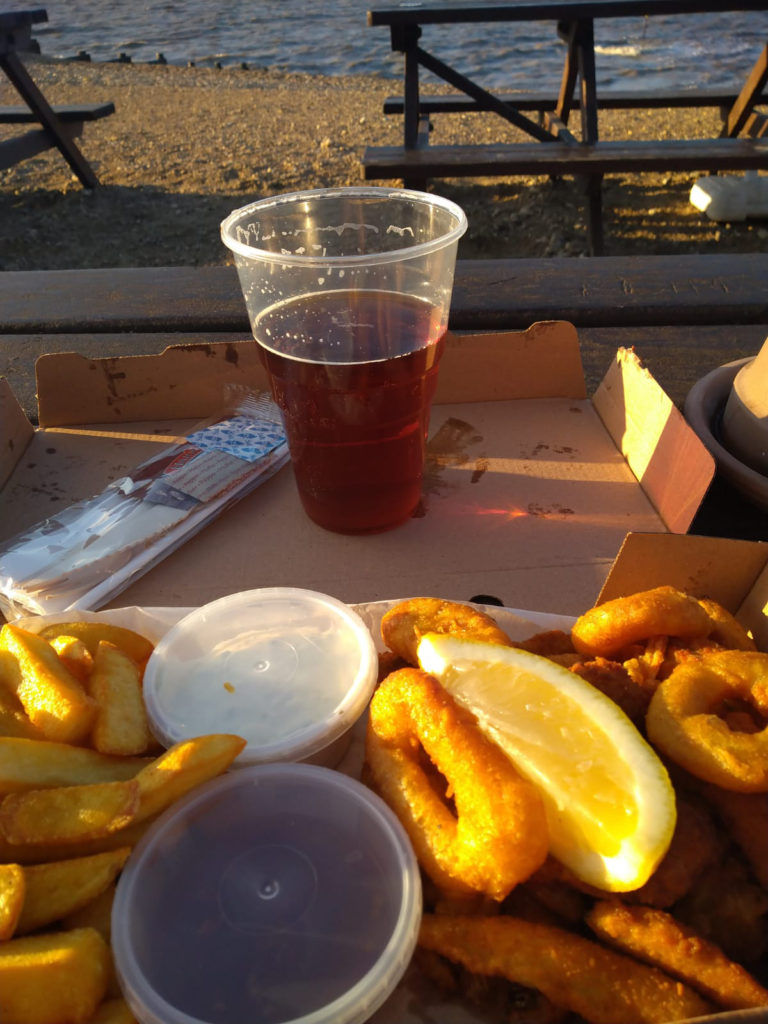 On the Tuesday prior to the second lockdown in November 2020 I had a free day in London and felt like getting some sea air before going home for lockdown on Wednesday night. I decided upon Whitstable on the north coast of Kent, the first seaside resort you reach from London.

From 1860 this was on the route of the London, Chatham and Dover railway from Victoria through the Medway towns (Rochester, Chatham and Gillingham), but is now also served from St Pancras on the High Speed 1 towards the Channel Tunnel which runs fast to Ebbsfleet International and then joins the classic route before Gravesend. HS1 enables a journey from London to Whitstable in just 1 ¼ hours to cover the 59 miles.

The first Whitstable station was built at Oxford Road but relocated eastwards in 1914. Oxford Road is the main shopping street and visitors have to walk back west, such that the original site seemed a better idea. But once on Oxford Street it is impossible not to be enchanted by the mix of independent retailers, appealing pubs (mostly by Shepheard Neame), and weather-boarded white painted timber buildings. Whitstable was famous for its ‘Native Oysters’ which were collected from beds beyond the low water mark from Roman times until the mid-20th century. This is celebrated at the annual Whitstable Oyster Festival, which takes place during the summer. Oysters and seafood in general is what Whitstable remains famous for today.

I explored Whitstable, population 30,000, in a figure of eight. Station to Oxford Street, the length of the main shopping street north to the harbour, out to the west along the winding coastal footpath past the oyster bars and seafood restaurants to the final building on the beach: the Old Neptune pub and fish and chips on picnic tables on the shingle beach. They offered the Neptune fish box which comprised scampi, calamari, whitebait and tempura prawns for £12.95. I did not feel it was necessary to spend an additional £4 for added cod goujons.
After a fine repast with a pint of Harvey’s bitter in the open air, I said goodbye to the “Neppy”, as it is known locally.

Then I turned inland and discovered the Sea Cadet Corps building on the way back to the main shopping street. In about 1856 the first branch of the Sea Cadet Corps, then known as the Naval Lads’ Brigade, was established in the town by the Reverend Henry Barton.

North again to the harbour and its range of seafood restaurants, but this time I turned right towards Tankerton and walked along the seafront past the art deco inspired Leisure Centre and the attractive Continental Hotel. The Continental is one of the few conventional hotels in the town which, although a popular seaside resort, is mostly geared to day visits. Tankerton too has a shingle beach but no sea wall, just a sloping gradient of small stones down to the sea.

I rounded the corner to see a large number of brightly-coloured beach huts in several rows up from the beach path. I took some pictures, but in early November all were boarded up and looking rather forlorn. Finding a footpath up through the huts to Tower Hill I discovered the attractive garden of Whitstable Castle, a popular wedding and functions venue. Heading back towards the town, I look a left turn past a big (and mostly empty) car park down Cromwell Road where I picked up my outward route on arrival. As darkness fell, I arrived at Whitstable station ten minutes before the fast train back towards London. 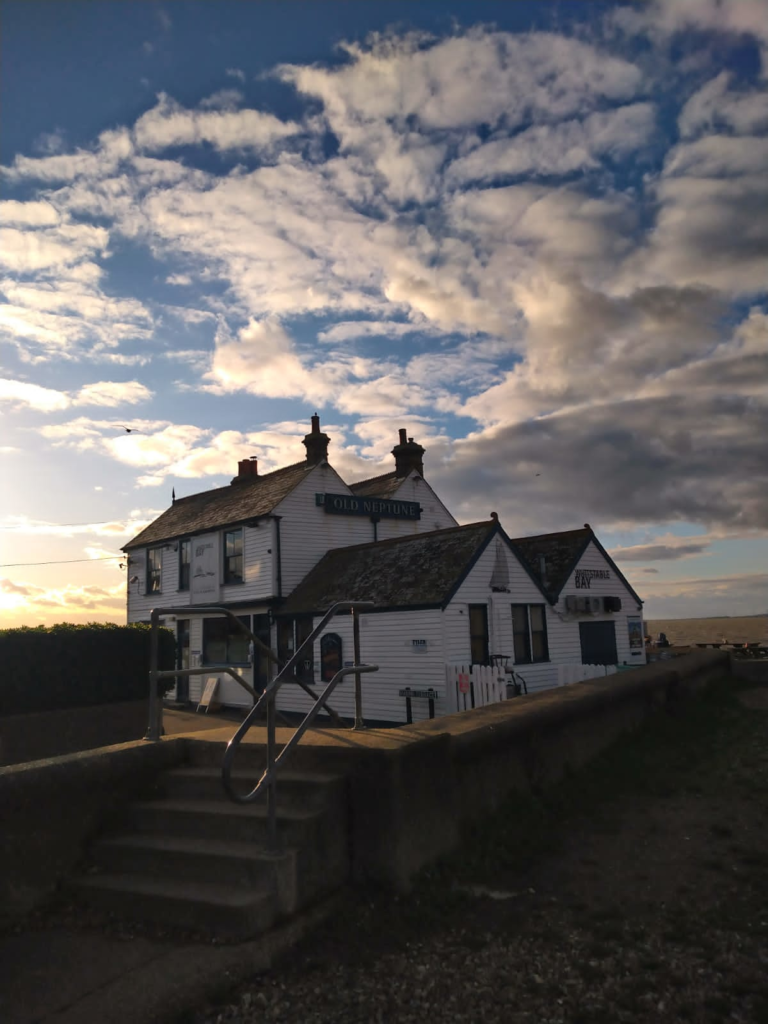 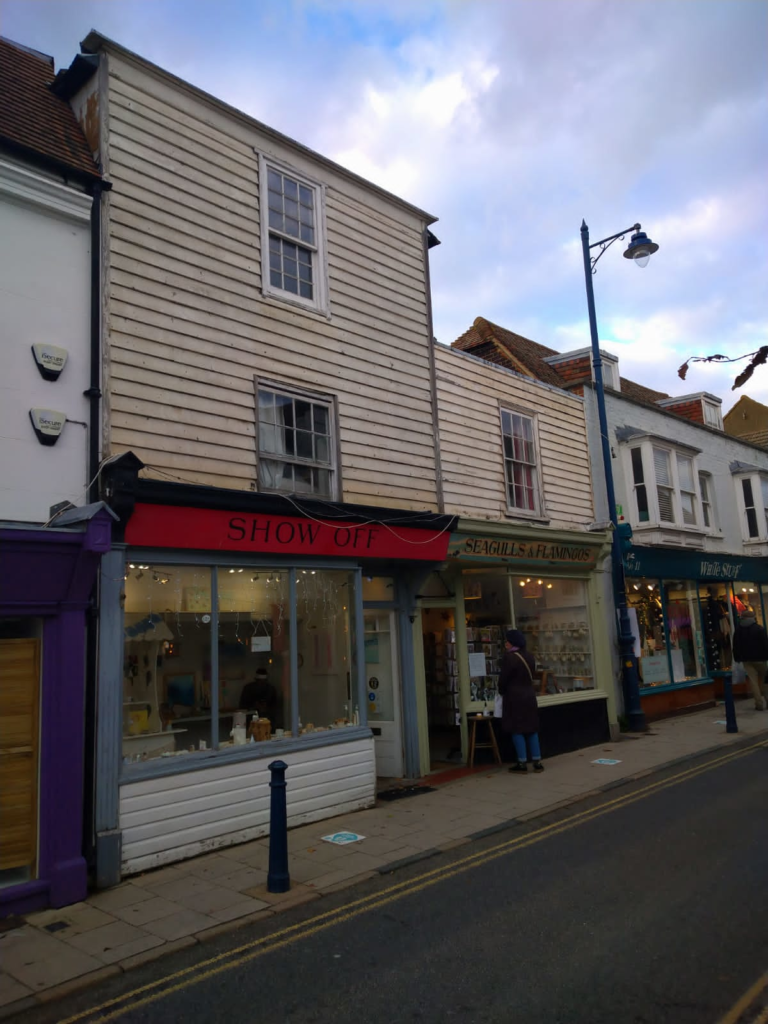