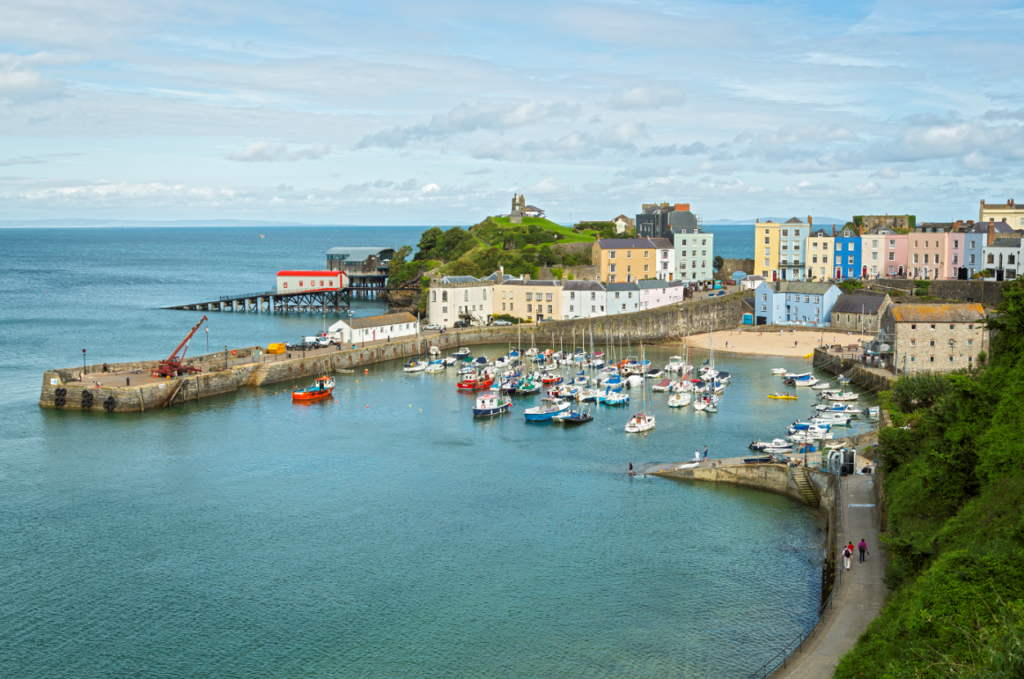 The first time I went to Tenby, west Wales, was by car. Our 1971 summer holiday started on a Saturday, and my father was determined to get my sister and I on the RNLI lifeboat when it launched from the Tenby lifeboat station at 1300. Lifeboat Day was a big event in Tenby, and hav-ing left home in London at 2200, and travelled through the night, we got to Tenby to join a big queue of children anxious to join the splashdown. Some children of the crew were given preference to us and we finally clambered aboard in a manner that would now give most health and safety officers apoplexy. Holding on to a rope for dear life, the grossly overloaded vessel thundered down the ramp into the sea. That almighty splash signalled the start of a great holiday. 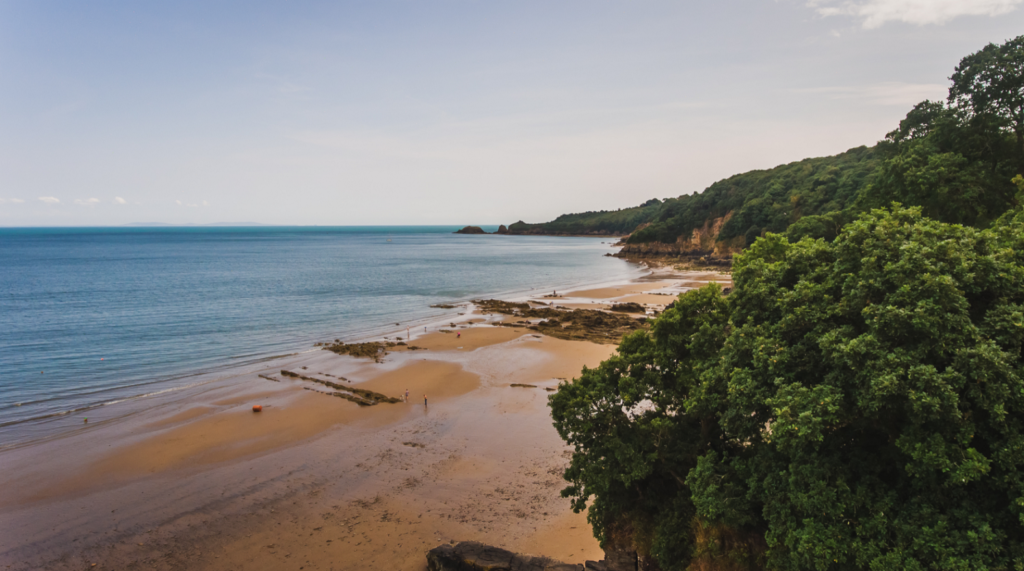 Next time I visited Tenby was as an adult when I travelled by train to check out an hotel which proved to be worse than feared, and after one night I moved to a far superior bed and breakfast overlooking the Castle beach with private steps to the beach and a large comfortable room at half the price of the hotel which I shall not name, except it was called the Belgrave, which has been subsequently fully refurbished and greatly improved.

In these days of restricted travel, especially for those looking for a suitable alternative to a holiday abroad, that part of England beyond Wales which is Pembrokeshire should be on your radar. Dev-on and Cornwall will be full to the gunnels, but Wales is worth considering and I can warmly rec-ommend that southern part of the coast, served by the local train from Carmarthen to Pembroke Dock, connecting into Great Western Railway to Swansea and beyond to London Paddington and the north. Details of travel from your local station are available at nationalrail.com. The line from Tenby provides several options for excursions including the coastal walk from Saundersfoot, the smaller resort one station up the line along the cliff top path back to Tenby, just a small part of the Pembrokeshire coastal path. Whenever planning a linear walk, always take the train first and walk back, rather than walking to meet a train at a specific time which might lead to a hurried rush to the station, or a long wait, neither of which enhances the day. The train at 0940 from Tenby to Saun-dersfoot is ideal, with a pleasant stroll into town from the station and time for a look around and maybe an early lunch. Then head south along the path for five miles back to the Harbour beach at Tenby, enjoying the views.

Another excursion can take you out to sea on the frequent boat service to Caldey Island, a Cister-cian monastery. The monks are an industrious bunch, making all sorts of treats, mostly edible, for visitors. Most visitors don’t stray far from the buildings, and the ferry landing, but in 1971 our family decided to walk round the island, which was an undisturbed trek until we saw a monk hurrying to meet us with his towel around his waist. He was heading us off before we found monks sunbathing on the remote beach. Fr Pascal, also known as Father Happy, was a French Cistercian, and we exchanged Christmas cards with him for several years before his death, and I found his grave in the cemetery on my most recent visit. You could fill a week without a car based at Tenby, with as many castles, beaches and coastal walks as you could handle. 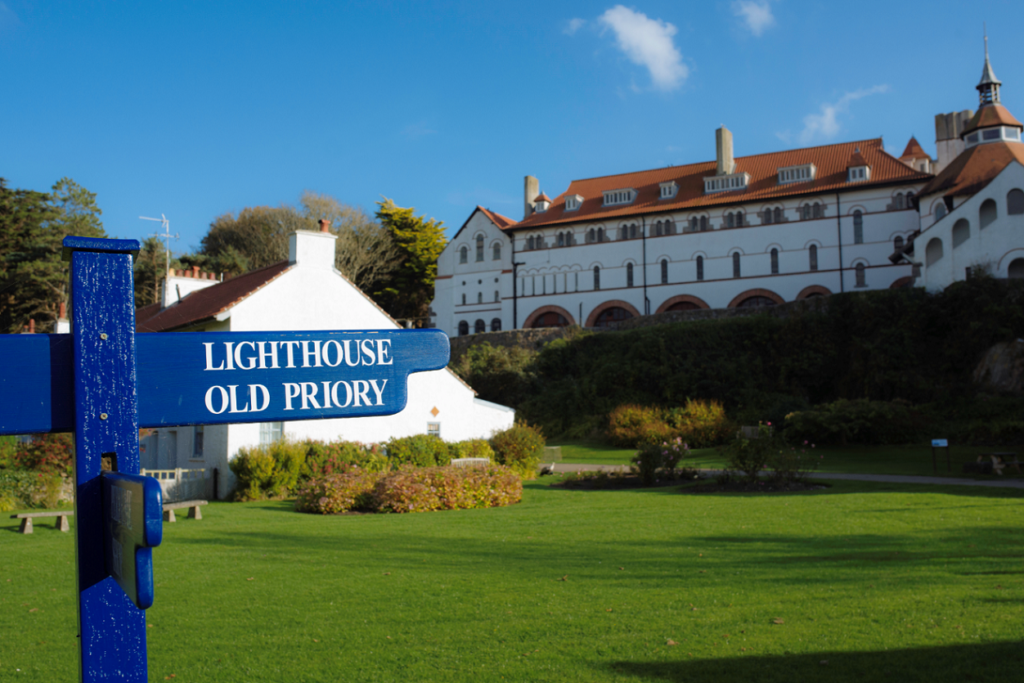