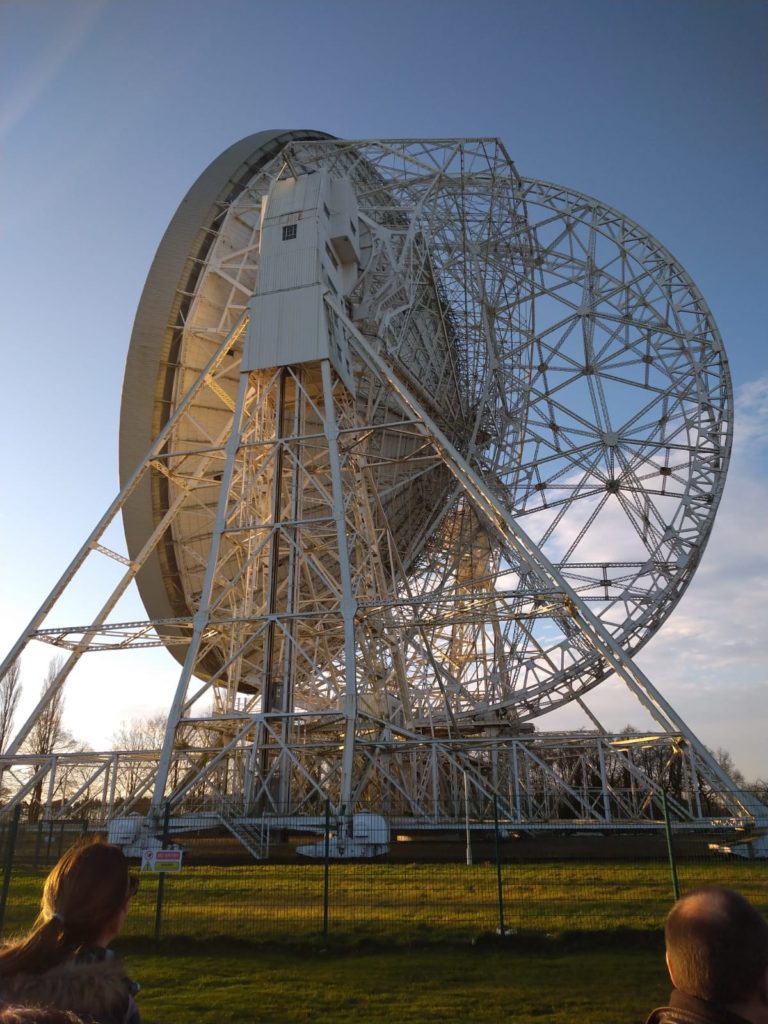 I finally managed to visit Jodrell Bank (JB) between Christmas and New Year. This was the trip postponed last July by the big party to celebrate the granting of UNESCO World Heritage Status. The best fare was using the southern TransPennine route between Sheffield and Stockport – much more rural than the northern TP route taken by trains from the north east.
Daniel and I travelled from the north east via York and Doncaster, riding the TP to Stockport and the local train to Goostrey, arriving on time at 12.41. The little station has some interesting displays on the radio telescope and is a short walk from the village of the same name. The JB explainer’s talk at Jodrell Bank takes place at 14.30 daily, and we debated whether to have lunch in the Red Lion pub before walking to the radio telescope or use the café there. I made a wrong judgement and chose the pub: not particularly good, fairly expensive, and took an age to arrive. So we might miss the talk.

Jodrell Bank is two and a half miles from the station, and after we had eaten I had to summon a local taxi to get us there in time using the only number I had. The driver had only returned from the Canaries the previous night, so I am rather glad we were not visiting the day before. Instructions for walking along the narrow country lanes on JB’s website advise not to walk this route during hours of darkness as there are no street lights. It adds that at one point it will appear that you are walking away from the telescope, but to “hold your nerve as you are on the correct road”. 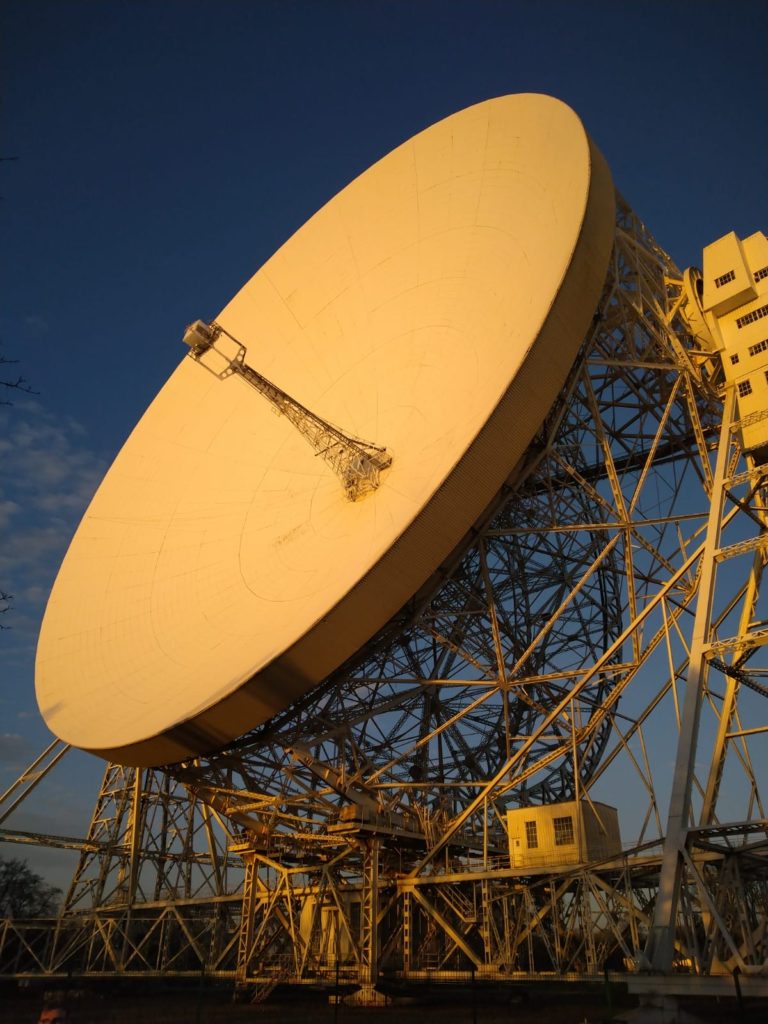 The Lovell telescope, 76.2 metres in diameter, and now the third largest in the world, dominates the site. The guide who took us round had worked there for several years but admitted to me afterwards that he had never been up inside the contraption. The observatory was established by the University of Manchester in 1945 by Bernard Lovell, a radio astronomer, to investigate cosmic rays after his work on radar during the WW2. Subsequently, it has been involved in the research of meteors, quasars, and was heavily involved with the tracking of Space Age probes in the 1960s,

The work began in Manchester itself, but electrical interference from the trams on Oxford Road prevented effective research, and required a move out into the country. Electrical interference remains a problem on the rural site though, and visitors and staff are prohibited from using mobile phones. Jodrell Bank is primarily used for investigating radio waves from the planets and stars, effectively looking out for life on other planets, although none has yet been found, and perhaps never will be. A good reason for looking after our planet by travelling by train wherever possible. JB is also HQ for the Square Kilometre Array (SKA), a collaboration of 20 countries to create the most powerful radio telescope ever built.

We saw the indoor orrery, a model of the solar system, but it was unfortunately too dark to explore the 35 acres arboretum, which houses the UK’s national collections of crab apple and mountain ash, as well as a small scale model of the solar system at a scale of approximately 1:5,000,000,000. From closing time at 17.00 to our train at 18.03 we had ample time to walk back along the unlit lanes facing oncoming traffic and retracing the route of the taxi on foot at zero cost, to board our homeward train.